Do Looks Matter for a Man? 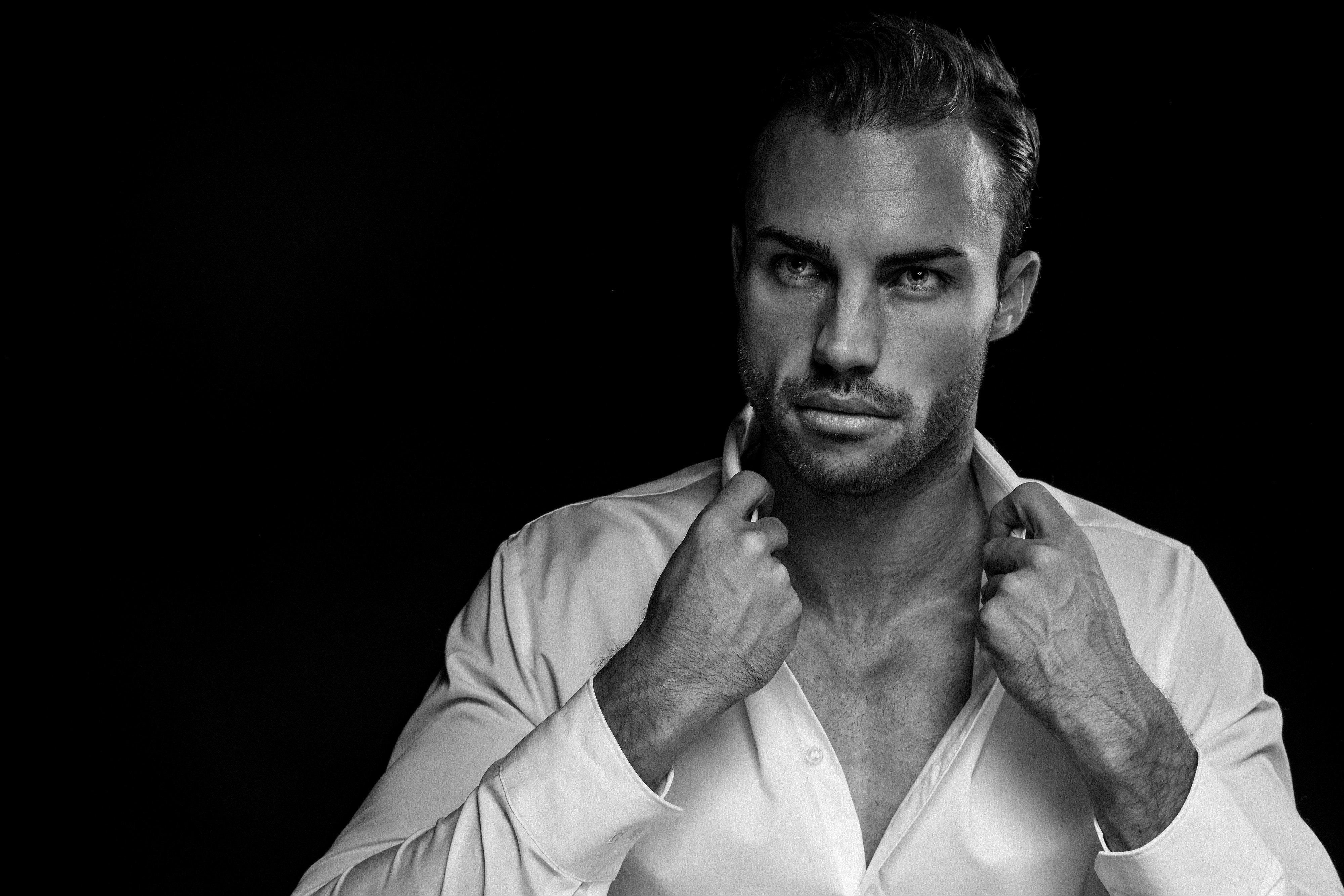 We all have that handsome friend who makes everyone shamelessly stare. You may feel that your chances of winning the competition against hot guys is extremely low, but that’s incorrect. In this article I explain the meaning of looks when it comes to creating attraction – and especially how this distinction might help you big time.

The Importance of Woman’s Looks

It must be said, plain and simple: Beauty plays a very central role in a woman’s life. Maybe even the most important role in their lives. A beautiful woman will be treated much better than an average-looking woman, in many areas of life:

It’s easy to see how a beautiful woman’s life might be better overall than the rest of the population’s, without her lifting a finger. We see it all around us all the time. A classic example is the female model who marries a millionaire, or who gets a huge promotion at work for no professional reason.

So Beauty Is Everything for a Woman?

Not in most cases. But as you’ve seen, beauty is a pretty good measure of predicting a woman’s quality of life. However, things may always go wrong:

These and other situations keep people away. All the beauty in the world wouldn’t make such a girl attractive in the long run. What’s interesting is that a beautiful woman will still be treated better despite her problematic nature. Just try to imagine the same mental disorder for an ugly woman and a beautiful woman – we have an automatic tendency to help the beautiful one.

This (seemingly unfair) behavior is inherent in the human genes. This means that beauty is a key factor in a woman’s overall attractiveness. Character can be very helpful, but beauty still affects people the most. This is good news and bad news for women.

Disadvantages of Beauty in Women

A lot of attractive women will argue that being beautiful doesn’t always equal a life of pleasure, comfort and ease. This is a reasonable statement, considering the following difficulties:

Why Is Beauty so Important in Women?

The scientific consensus today attributes feminine beauty to the signaling of fertility and health. Women who aren’t too thin and aren’t too fat (somewhere within a healthy BMI, 20-25) can probably carry a fetus and give birth without complications.

The same logic applies to age. Young women are more attractive than old women because they’re perceived as “fresh” for carrying and having a child. The truth is that these aren’t just wild assumptions – indeed, there’s a very strong positive correlation between a woman’s healthy BMI and fetal health. Same thing with age.

Proportions are also important for men when choosing a mate – we’re attracted to people who look symmetrical, especially in the face (study). A possible reason for this attraction is the subconscious desire to have children who are also symmetrical and will find a mate and reproduce easily by being attractive.

The main goal, as you can see, is survival of the offspring. Men are already able to protect their children from physical threats, so all they have to worry about is finding a safe womb, and having attractive children to continue the lineage. Hence the obsession of men with an external appearance.

In addition, men tend to ignore the problematic nature of a girl in favor of her beauty. It’s not surprising that the male instincts are unaware of the law and the social expectation to stay around the house and help raising the kids. And as a result, they stay with a problematic woman much longer than planned. 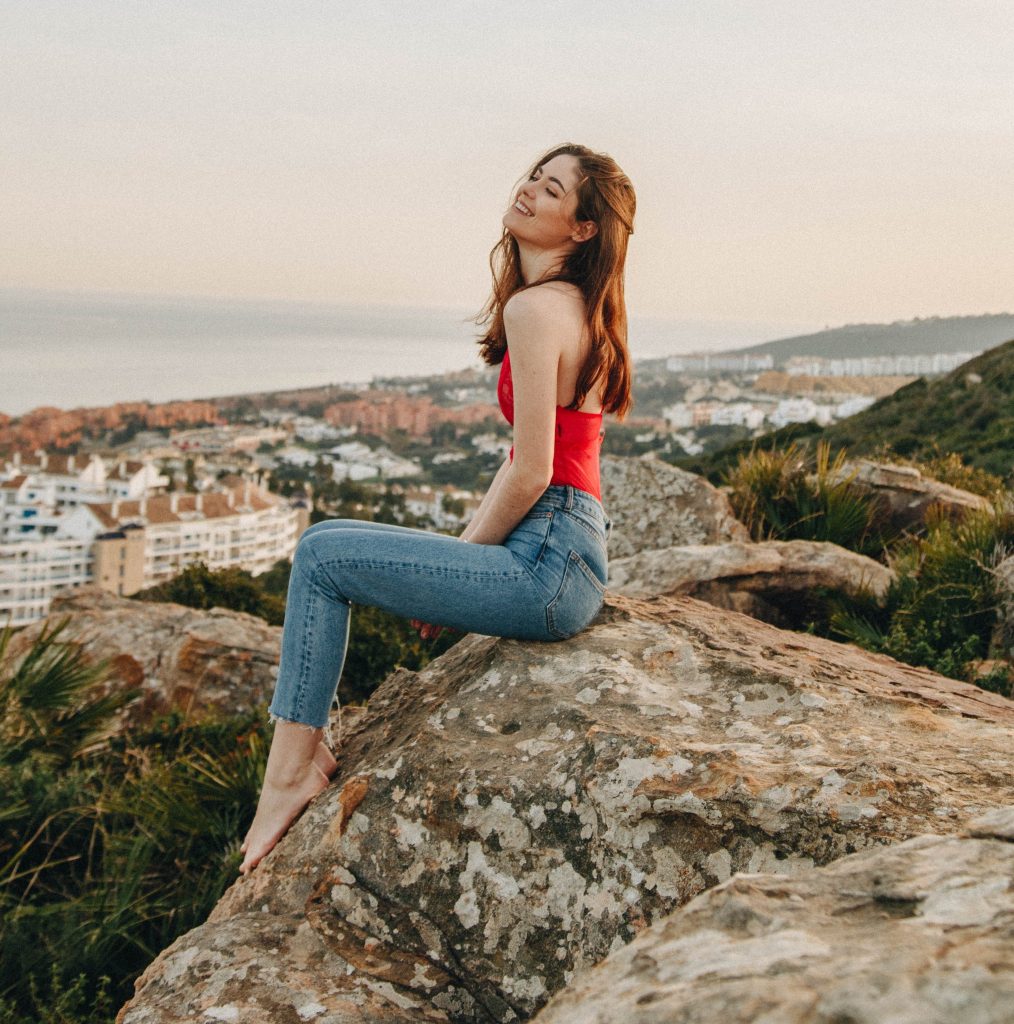 Beauty plays the central role in a girl’s life – unlike a man.

The Importance of Men’s Looks

There’s some significance to a man’s beauty, no doubt about it. But it’s far less critical than people tend to think.

Remember the biological explanation in the previous section about feminine beauty (which I hope you’ve read, precisely because it deals with the world of women)? I focused on what men are looking for in a woman and what attracts them. Now we examine the other side of the equation: What a woman is looking for in a man.

Since we’ve concluded that the main goal is to protect the offspring, it’s easy to deduce – especially in terms of the past – the need of women for a strong man to keep the children safe from danger.

When a girl feels that there’s a man around who demonstrates these qualities, both physically and mentally, she feels safe being his romantic partner. Such a man has an interest in protecting her (her womb) and their children. That’s his family and lineage. Today, physical power has lost much of its importance, and still:

From this you can understand why a man with a pretty face is a nice plus, but never enough to create a real, strong attraction with a girl.

The Main Advantage of Handsome Men

Hot men have one significant advantage over the commoners: open doors. Here are some examples:

It may sound like many great benefits to you, but I don’t think so. True, they skip the uncomfortable and difficult moments at the beginning of each interaction. But from there? All men depend entirely on their abilities and skills to succeed – in business, friendships and with women. The good looks won’t help him much from this point – unlike women, who are treated well as long as they’re considered beautiful. This is great news for every man, whether he’s handsome or not. Everything is in his hands – he has full control.

Men and Women Don’t Get the True Importance of Beauty

There are two problematic situations in our society:

Men Are Obsessed with Looks 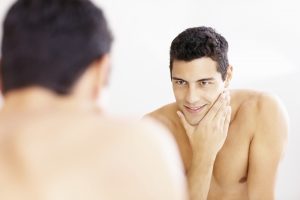 Men tend to give too much importance to their looks.

Since the most important thing for men in a girl is her appearance, they tend to use “projection”, a common psychological phenomenon: What I want / love / hate, is also relevant to other people. Which, of course, isn’t always true – especially when it comes to gender differences.

In other words, the man thinks: “I’m attracted to aesthetics and beauty in a romantic partner, so surely girls are like that too”. Consequently, he begins to wonder if he’s beautiful enough. Needless to say, this is usually a waste of time, and men tend to worry for no serious reason.

Women Are Obsessed with Personality

According to the same principle of psychological projection, a girl thinks, “I’m attracted to a strong and impressive personality in a romantic partner, so men must be like that, too”. So they get fat, and generally let themselves go.

At the same time, these women work hard on how stingy, sophisticated, knowledgeable, opinionated and interesting they are. Yet in terms of attraction, this is a total waste of time.

The Solution Is Simple

Both men and women should stop with the question “What do I like / want / need?” And focus instead on the question “What does the opposite sex like / want / need?”. No business will ever succeed if it focuses on producing things that it only needs for itself. A business must create products and services that other people need. Focusing on yourself means ignoring the need of clients / romantic partners. Which results in losing them.

If Not Looks, What Makes a Man Really Attractive?

A girl who feels that the man she’s talking with has no high status, she won’t be attracted to him. No matter how handsome he is.

Alpha male is usually the man with the highest status in the group. What is an alpha male? It’s hard to answer in a few words. The entire blog is devoted to answering this question thoroughly. A great starting point is an article about the qualities of the alpha male.

If you roll your eyes with the thought that personality isn’t as important as I say, or that you can’t become an alpha male yourself – I’m sure you’ll change your mind after reading the article on whether it’s possible at all. To give you a short answer, I will focus briefly on one of the key traits in an alpha male: responsibility.

Why responsibility? Why not integrity, patience, humor, assertiveness, etc.? The answer is simple: After a man takes full responsibility for his life – most of the other qualities quickly follow.

I’ll give you an example: a man hits on a girl and get friendzoned. If he’s an average guy, he will simply say that she (and perhaps every girl) is bad, doesn’t understand what’s good for her, makes bad decisions because she prefers bad boys, ungrateful and the list goes on. A responsible guy, on the other hand, will ask himself, “Why doesn’t she see me as a romantic partner? What can I do?”

What do you think will happen after he asks himself some tough questions? He would look for answers of course. His brain won’t get into “a state of complaining” but rather “a state of problem solving”.

That’s what brings such people (and maybe you’re among them) to a blog like this, in effort to seek some explanations, logic, and ways of action. From this point, it’s much easier to go through a process of improvement and growth – because there’s someone (that will be me) who understands your situation and tries to help you from his own experience.

Unfortunately, there are almost no men who are “born with it”, for reasons I discuss in the article I’ve linked above. That’s how attractive men are created today. Correcting the modern distortions that have been imposed on us throughout childhood and still affect us in adulthood.

The decision to take responsibility and make a change in your life is the key to becoming a dominant, charismatic and attractive man.

It was important to start the article by noting that looks play a completely different role between men and women. I began with the analysis of attractive appearance for women. What they gain from it, why men are so obsessed with women’s appearance and what are the disadvantages of being a beautiful woman.

I’ve moved on to men, and I’ve mentioned that while external appearance might actually help men, especially by opening doors and getting a positive initial attitude from people – he won’t be attractive, successful, or alpha without demonstrating alpha behavior and character. All the beauty in the world can’t compensate for a beta man.

Next was the question “Why don’t we know all of this?”. The answer lies mainly in a misunderstanding of the opposite sex. Men try to impress women just like the way women impress them, through external beauty – which doesn’t usually work. The same goes for women who emphasize their character without giving proper consideration to their aesthetics and weight – a waste of time in terms of attraction.

I ended up touching on what makes a man attractive, when beauty doesn’t, and I’ve linked two articles to help you start the process of becoming an alpha male – the most attractive man around. Because at the end of the day – charisma, dominance, decisiveness, etc. make the difference between a boring beta male (as handsome as he may be) and an alpha male that girls bite their lips in his presence. Yes, even if he isn’t really good looking. Me being cool & all

Real Talk
You don't need me. Remember: the most important thing you'll learn in life, is acknowledging your powers. From there on - you will already take the reins, and all will fall into place.